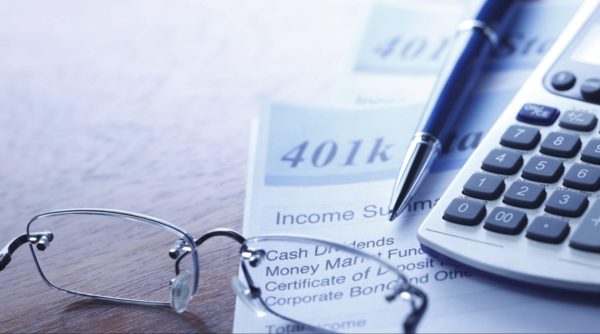 Younger baby boomers have held an average of nearly 12 jobs between ages 18 and 50, according to the Bureau of Labor Statistics. If the trend holds, this means that you could potentially end up with 12 retirement plans! Forgetting about your plans is not a realistic option, so how should you handle it when you move from one job to another? You generally have four options for what to do with a 401(k) after leaving a job. You can:

Let’s walk through the pros and cons of each option.

Almost all IRAs have more investment options than 401(k)s. If you roll over your money into a Roth IRA, your investments grow tax-free.

Rolling over from a 401(k) to an IRA could mean moving from low fees to higher fees, depending on your brokerage firm and/or financial adviser.

If you need a large chunk of cash for something such as a medical emergency, cashing out your 401(k) is a way to access it without taking out a bank loan.

Cashing out your 401(k) means liquidating the account entirely. This is generally a bad move. If you’re younger than 59½, you’ll have to pay fees. Plus, you’ll be taxed at the federal level — and possibly at the state level — on the entire withdrawal.

Leaving the 401(k) With Your Old Company

If you’re nearing retirement age, you might not need to roll over your 401(k). If you’re 55 or older when you leave your job, you can gain access to the money in your 401(k) without having to pay fees.

However, you’ll lose this benefit if you transfer the funds to an IRA. Instead, you’ll need to wait until 59½ to withdraw money without fees. This benefit is called a separation-from-service rule. It applies only to 401(k) plans that you leave when you are 55 or older.

If your current 401(k) is performing well, why fix what isn’t broken? Such plans often have different investment options than IRAs. If you’re content with the investment plan, there’s no need to change it.

Not transferring the money can leave you open to high fees over the long term. Check the fees you’re currently paying against the fees associated with rolling over the account or transferring it.

If you have, say, six jobs and open a 401(k) at each, you’ll soon have a confusing investment portfolio.

If you leave accounts at several different employers, you have to track all of them yourself.

Some company plans restrict the types of accounts you can invest in. For instance, 401(k)s can be restricted to mutual funds, which can have high fees, and company stock. You may have more options in an IRA.

Transferring the Money to Your New Company’s Plan

You can keep your accounts more easily organized by maintaining only one 401(k) account. You might have the options of buying new stocks or having lower fees.

What to Do With a 401(k) After Leaving a Job: A Personal Story

“Rolling my 401(k) to an IRA was a lot easier than I thought it was going to be. I was expecting a lot of hassle, and I put it off for several months after my layoff for that reason,” she says.

“First, I checked my 401(k) account online to find out what forms or information they required,” she adds. “Thankfully, for a direct rollover, my 401(k) only required that they receive in the mail a single form with information about where the money was going.”

Before she could initiate the process, Stephanie had to open an IRA account for her 401(k) funds to go into. She chose to do so with Vanguard.

“I didn’t have a traditional IRA yet when I did the rollover,” Stephanie says. “So I logged on to Vanguard’s site to set one up, which was very easily done online. They have a special online form just for this situation [rolling over a 401(k) into an IRA that doesn’t yet exist], and that made it very easy.”

Stephanie did the next step offline.

“I mailed in the 401(k) company’s form, and the rest was taken care of by the two companies without me,” she says. “Within about two weeks, I got an email from Vanguard that the money had been transferred into the IRA, and I also received a letter in the mail from American Funds confirming that the account had been rolled out and closed.

“There were no fees from either company to do the rollover, and no complications,” Stephanie says. “It was actually free and easy — the opposite of my expectations!”

Retirement is in your future, and how you manage your money today matters. Whether you roll over your 401(k) into an IRA or transfer it into an account with your new company, you need to make the right decision with your money for the sake of your financial well-being.

This article's view is the author's and does not reflect the opinion of any member of CentSai's management. The author is not being paid by any financial services company nor has been paid to promote any individual product or service. The author is not a financial advisor or a broker-dealer. The content above is education-only and any reader is encouraged to seek advice from a registered financial advisor before taking any action.

The LPL Financial registered representatives associated with this website may discuss and/or transact business only with residents of the states in which they are properly registered or licensed. No offers may be made or accepted from any resident of any other state.